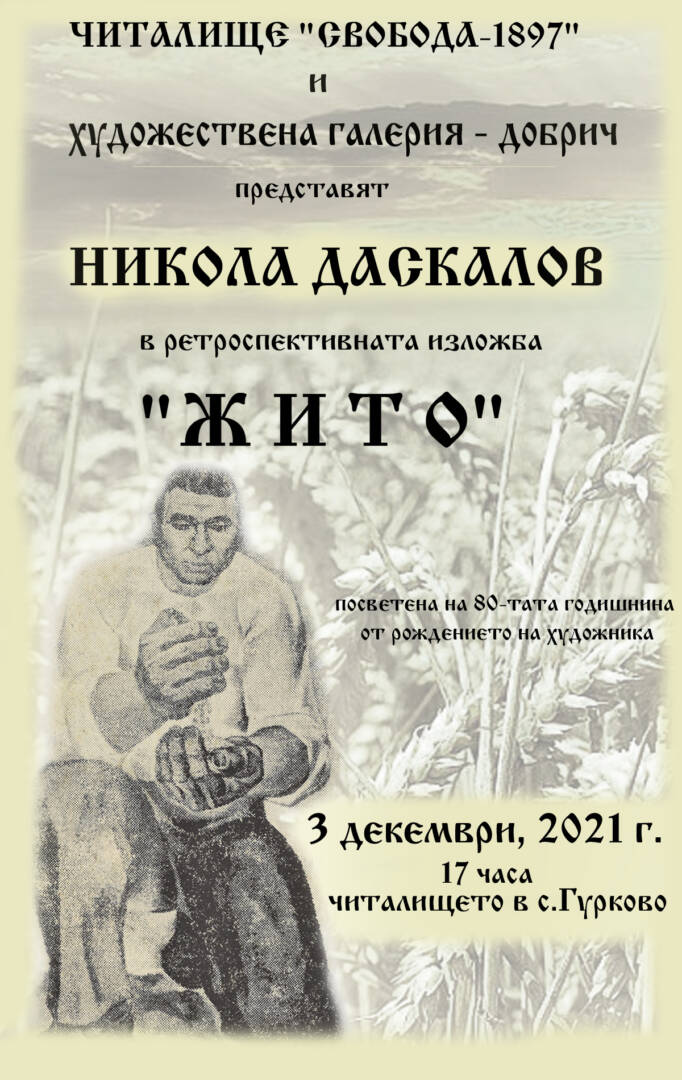 On December 3, 2021 at 17:00 in the village of Gurkovo a retrospective exhibition “Wheat”will be opened. The initiative is dedicated to the 80th anniversary of the birth of the artist Nikola G. Daskalov /1941 – 2010/ and is a part of the series “Gurkovlii, masters”.

The artist was born on December 3, 1941 in the village of Golesh, Silistra region but most of his life and artistic path are connected with Dobrich and Gurkovo where he lives and works.

In 1971 he graduates from the University of Veliko Tarnovo “St. St. Cyril and Methodius” in Decorative and Monumental Painting  under Assoc. Prof. Nikola Gelov and Prof. Vasil Stoilov.

The artist participates in representative group exhibitions in Cuba, Kazakhstan, Ukraine and others.

In 1973 he is awarded by the District People’s Council in Dobrich for his participation in the exhibition of the group of artists, and in 1984 by the Union of Bulgarian Artists for his exhibition “Painting – small format” shown in Sofia – 1982 and Dobrich – 1983.

The art critic Maximilian Kirov writes about Nikola G. Daskalov: “Artistry and freedom of performance are qualities that are highly respected by both the general public and connoisseurs.”