The Dobrich Art Gallery is a monument of cultural heritage. Built in 1930s for a Court of Law the building of the gallery is one of the few preserved unique buildings in the architectural memory of Dobrich.

By 1940 the north wing was occupied by the Romanian police and the lock-ups located  in the basement are preserved to this day. After the reunification of South Dobrudzha with Bulgaria under the Treaty of Craiova the building became the Bulgarian State’s property. By 1980 it was used by various administrations and institutions. In 1981 the building was adapted for a gallery and the design was created by the architect Assen Koev and the artist Atanas Neykov /1924-2003/.

Today the facades of the building, the original architectural details in neoclassical style are preserved and the interior space is organized in enfilade. Dark glass walls build up visual links between the halls and contribute to the museum aesthetics. The permanent exposition covers the two floors of the building and temporary exhibitions are organized in two halls on the first floor. 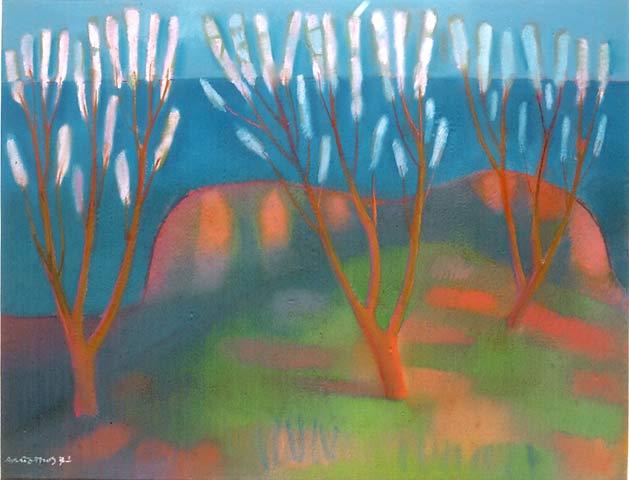 There is a special hall for education, creativity and experiment called “Workshop for imagination”. The programmes worked out for children and students are based on innovative educational practices and interactive activities. Meetings with artists, lectures, video shows and multimedia presentations are also organized in this space.

The lock-ups preserved until now are an attractive space for presenting contemporary art – installations, video art, multimedia and other forms of visual arts.

Presentations of books, conferences, concerts and various performances are held in the unique atmosphere of the masterpieces of the permanent exposition. 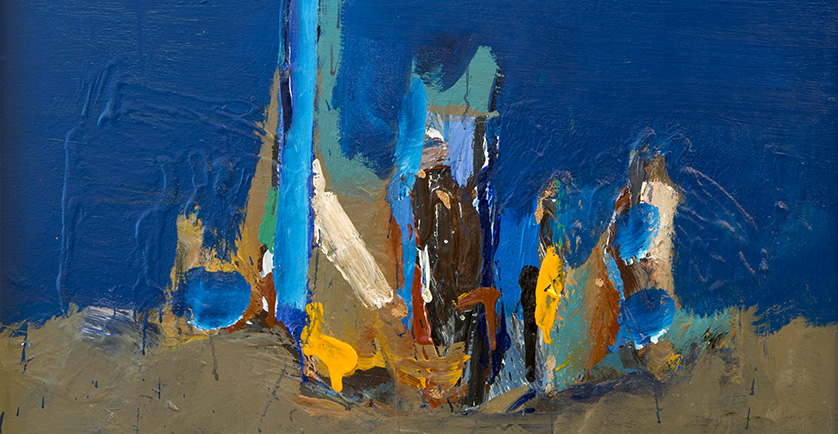 The works in the art fund of the gallery are systematized in the departments Painting, Graphics, Sculpture, Decorative Plastic Arts and Other forms. A great part of them are based on the subject “The Land and the People” due to the fact that for more than two decades general art exhibitions of the same name have been organized in Dobrich.

The land labor in the different seasons, the gifts of the earth, the beauty of Dobrudzha land, the local history and heroes are the inspiration of artists of different generations.

The Painting collection comprises masterpieces by the Bulgarian classics, as well as works by contemporary authors such as Ivan Mrkviska, Zlatyu Boyadzhiev, Vladimir Dimitrov – The Master, Gospodin Serbezov, Bencho Obreshkov, Stoyan Sotirov, Nikolay Raynov, Vassil Stoilov, Dechko Uzunov, Nenko Balkanski, Aleksandar Petrov, Boris Sharov, Dimitar Kazakov, Svetlin Russev, Genko Genko, etc. The works collected by the mid-1990s give us the right idea of the creative seeking and tendencies in the development of the fine arts in the country and the region.

The Decorative Plastic arts collection comprises ceramic works, textiles, mosaics, wood carvings, photographs as well as other forms created in the period of 1980s and 1990s characterized by the process of diluting the bounds between the fine and applied arts and the combining the means of expression between the two kinds of arts. 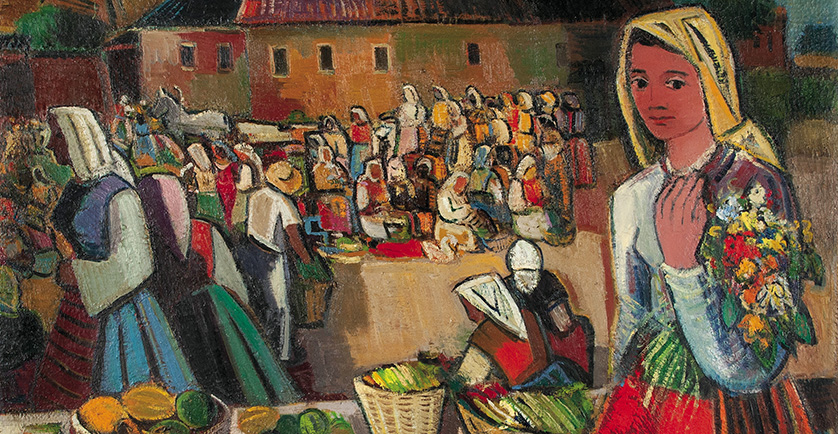 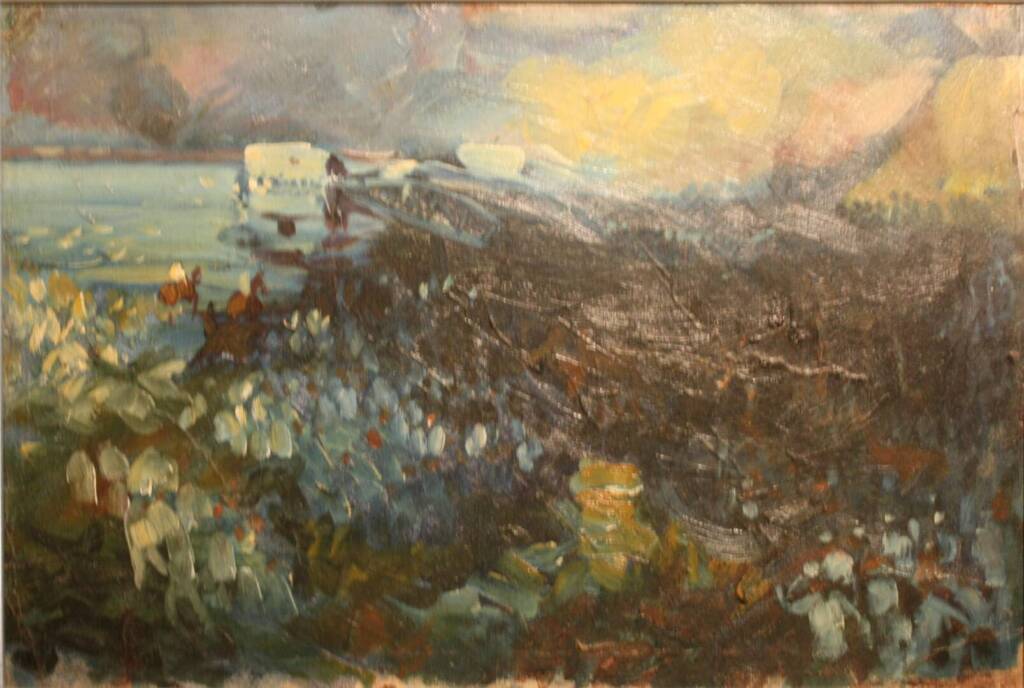 Retreat of the Romanian Army-1916

In the Other forms in the fine arts department there are presented conceptual works, contemporary artworks – prints on canvas, video art, plastic works, installations, collages, objects, handmade paper artworks. The collection of paper works has been collected from the exhibitions and annual edition of the Paper Plein-air organized by the Gallery. It presents the creative gropings of authors from от Bulgaria, Greece, Корея, Croatia, Slovenia, France, Spain, Republic of Northern Macedonia, Bosnia and Herzegovina, Moldova, Belarus, Romania, Switzerland, Finland, Hungary, Turkey, Japan and others, which discover the rich plastic potential of the material.

The artists of Dobrich have a significant role in the artistic life of the town as well as in the history of the Gallery. The first creative appearance of the artists Atanas Popov, Nikola Tahtunov, Georgi Urumov, Hristo Kavarnaliev, etc. is in the 1920s and 1930s.

Milena and Ali Aldzhabary, Velina Hristova, Samuil Stoyanov, Veneta Veleva, Genoveva Rogova, Veneta Gancheva take part in the exhibitions in the end of 20th century and the first decade of the 21st century.

Every year the artists of Dobrich present their creative gropings in group and individual exhibitions.